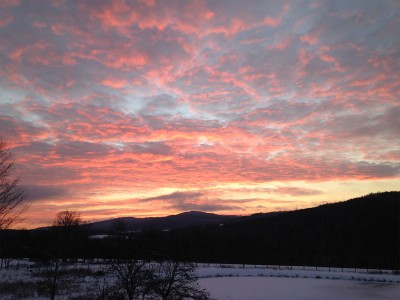 GABA stands for Gamma-Aminobutyric acid.  It is an inhibitory neurotransmitter.  It has been studied extensively in animals not least because clinical observations suggest that it may play a role in human disorders as well, though that has been difficult to demonstrate.  Until now that is.

The December 17, 2015 issue of Current Biology reported the work of a research team led by Caroline Robertson, junior fellow of the Harvard Society of Fellows (via Harvard Gazette).

The test itself is remarkably simple. Robertson described the test saying, “Normally the brain is presented with two slightly different images — one from each eye — that it averages to create the single image we see. The binocular-rivalry test, however, forces each eye to take in very different images, with surprising results.

“The end result is that one image is just suppressed entirely from visual awareness for a short period,” Robertson said. “So if I show you a picture of a horse and an apple, the horse will entirely go away, and you will just see the apple. Eventually, though, the neurons that are forcing that inhibitory signal get tired, and it will switch until you only see the horse. As that process repeats, the two images will rock back and forth.”

How very interesting.  Two different but very real objects are put before a person.  But each object can be seen by only eye – not the other.  The brain compensates by forcing the vision in one eye to override the other – for a time at least the second image is inhibited.  Then the reverse happens.  The other object is seen and not the first.  Both are real.  Both are directly in front of the viewer, but only one can be seen at a time.

That suggests to me the struggle that so many people seem to have between faith and science.  There are two true things directly before us, but many people seem unwilling or unable to recognize that while what they are seeing is true, there is another image that is also right before them, that is also true. Though it may be that one image does override the other for a time that does not mean that the underlying reality is altered one bit.  There remain two different realities before the viewer, whatever they might perceive or want to believe.

Our challenge, when confronted with such a dual reality, is to respect the integrity of each without dismissing the other, or to try simply to blend the two into a single image, just to satisfy our own neat, and perhaps tedious, sense of order.

How is this achieved?  It is achieved by a combination of humility (not claiming to know that which is beyond our capacity to know), and courage (the courage to face, and neither ignore or dismiss, that which we cannot control.)  In short courage requires of us the willingness to be vulnerable and not to flinch from that vulnerability.

Actually, as the GABA test so clearly demonstrated, we resolve this tension all the time.  Literally every time we look at anything.  As we have seen, each eye captures its own particular image.  That particular image goes to its own side of the brain. Our brain then puts the two images together to give us a single picture.  However, it does more than that, it also provides depth perception.  We see the single image but we do so within the context of its larger setting.

This is what is accomplished by taking seriously both science and God.  Such a seeing of the two provides a kind of depth perception for each.  By seeing the two we can see each, and both, within its own larger context.

Science, without the insights and values of religion, can devolve into an arid search for a self-defined truth that has the real potential of ignoring, even denigrating, the place and importance of human beings and the lives we all seek to live.  At the same time, without the insights of science, religious faith, belief in God, can easily devolve into a kind of superstition at best, or a lethally rigid bigotry at worst. Unfortunately current events provide ample evidence of such failings.

The message I draw from the GABA test is to watch: to have the courage to keep both eyes open in order to see the true wonder of creation, and of the life that we are privileged to live.