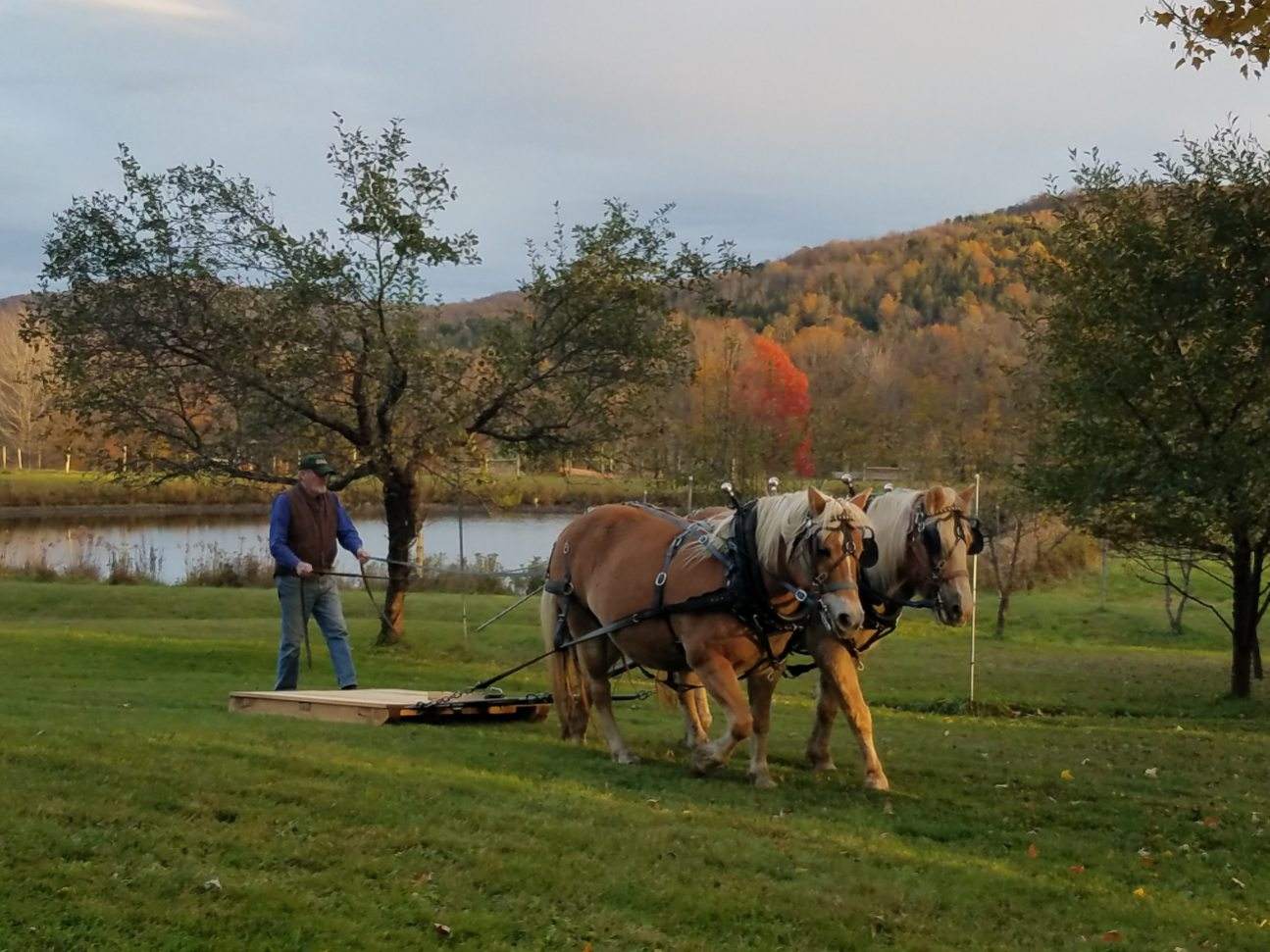 Among my earliest memories is a fascination with farming. I don’t think I was even aware that there was any kind of farming of any interest except livestock farming. Foremost in those memories was my interest in horses. I poured over a picture book dedicated to the different breeds. I’ve long since forgotten the name of the book but my recollection of the paintings of the horses remains vivid. I was especially attracted to the painting of the Suffolk Punch. The team was depicted pulling a plow. The accompanying text explained that the Suffolk was the only draft breed expressly developed for farm work. Here you had it, my interests brought together: farming and Suffolk horses. For years it was my plan to get a team of Suffolks to work on my farm (whenever that might be).

But that farm was not to be; at least in the near term. Years passed. Not only did years pass but opportunity did not present itself. The older I became the more my choice of horses narrowed. Being an aging novice it became increasingly important that whatever team I might get, they needed to be well trained, docile, manageable, available and affordable. Suffolks are small as draft breeds go but still big. What’s more they are thin on the ground making it difficult to find the particular combination that I wanted and needed. Enter Haflingers.

Haflingers are considered either large ponies or small horses, standing somewhere around 14 hands tall. They were developed in the northern Italy/Austria area as general purpose work horses. They have gained considerable popularity in recent years. With that popularity has come the development of two different emphases in their breeding. One school focuses on their use as a light horse i.e. riding, jumping, dressage, and light carriage work. The other school has focused on the breed’s origin as a working animal. The latter is the strain popular with the Amish. In Amish country you can see them in the fields looking very much like a smaller version of their large lookalike relatives the Belgians.

This is where hope and opportunity came together. I met Jay Chase a man who raises Haflingers and (as chance would have) had a mellow team of grade mares for sale at a price I could afford.

Hence, a deal was struck. Though I have not gotten my long hoped for Suffolks, I have gotten a nice team of Haflingers, and am very pleased.

Introducing the Team: Bonnie and Holly (I’m the one in the middle). Dutchess was born summer 2017 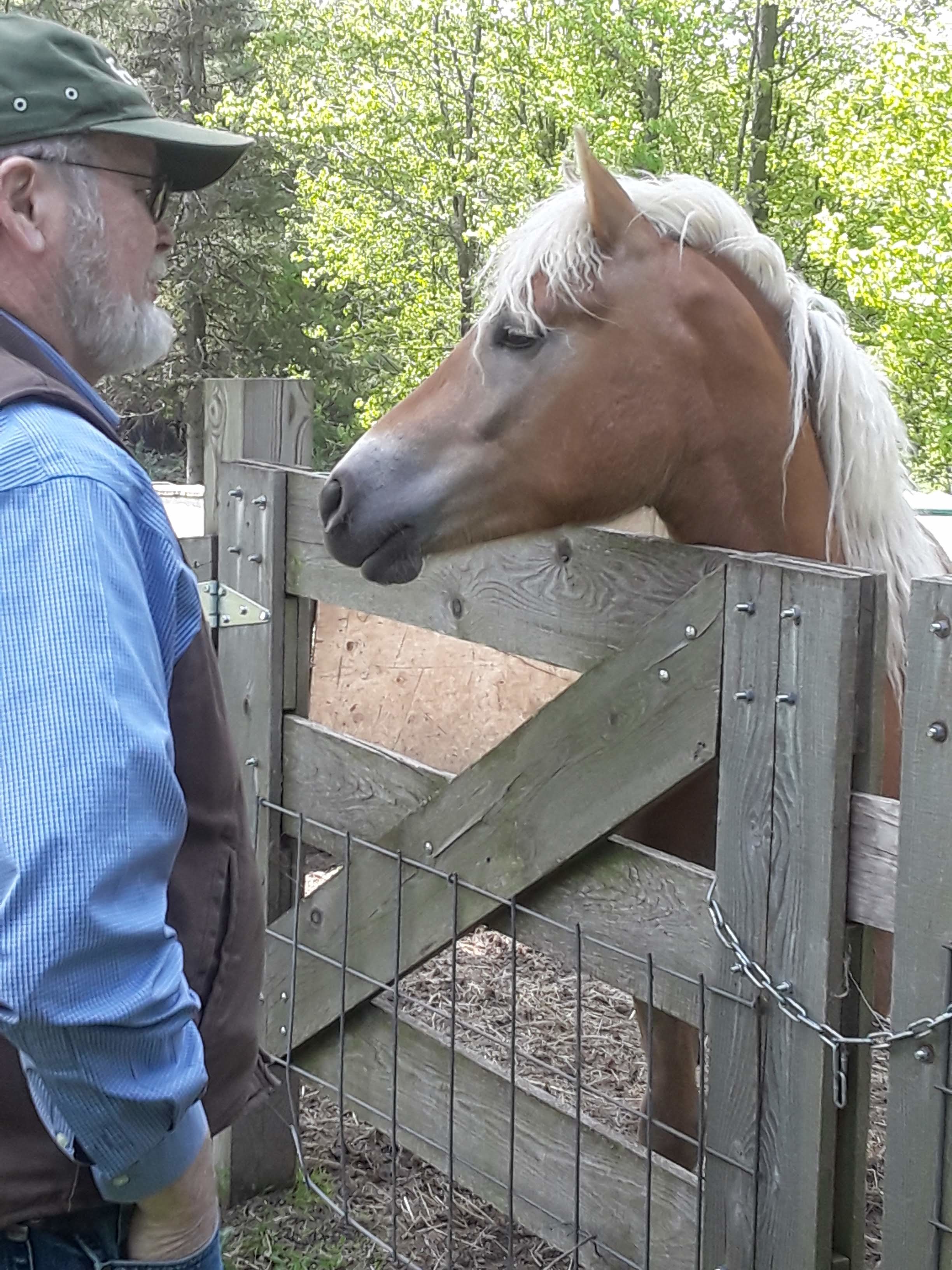 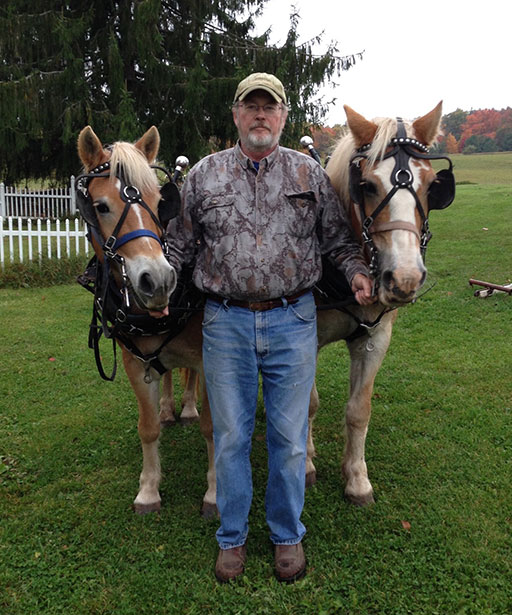 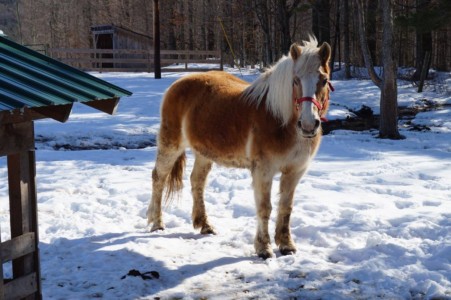