Reflections of a Rural Immigrant 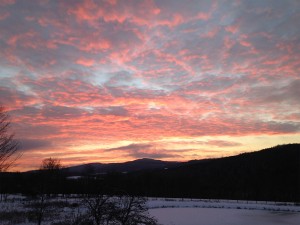 I have spent all but the last four years of my life living in or around major cities: Washington D.C., Chicago, and New York. And it was my joy to do so. I love cities. I love rural life as well.

Recently I had the opportunity for deep conversation with former colleagues whose responsibilities are, as mine where, rather heavily, though not solely, focused on urban life.
I found the conversation about the challenges facing us, especially as they relate to, and are reflected in, the recent electoral season, quite fascinating. That election revealed just how hermetically sealed our societal silos have become.

One of our number reported that when he went on a listening tour in his diocese (we are all bishops of the Episcopal Church) particularly in those areas that supported Trump, his parishioners reported that no one had ever come to listen to them before. I am convinced that this is a very nearly universal experience for rural America (unless of course you happen to live in Iowa).

Obviously, I’m in no position to speak authoritatively for all rural America but based upon years of interest in the issues faced by rural folk and now living full time in that world, unbuffered by office, I can tell you, things look very different from this side of the urban/rural divide.

In general, rural folks feel, and in fact are, looked down upon by urban folks. (As a bit of anecdotal evidence one needs to look forward to the column in a recent New York Times in which the exasperated father of a son attending Harvard asked advice as to what he was to do now that his wayward son had expressed interest in throwing that expensive education away by becoming a farmer, for heaven’s sake.)

But more than being looked down upon there has been the very real evisceration of the countryside. Wealth has been systematically sucked out of rural communities for at least two or perhaps three generations. Drive through small towns, look carefully along the country roads: time and again you will see crumbling ruins that once were gracious homes in thriving communities. There is a great deal more going on here than natural economic evolution: the current situation has been the result of deliberate economic policy. Long before there was a Secretary of Agricultural whose advise was “get big or get out,” there was, as there is, a cheap food policy. The effect has been to sacrifice rural culture on the altar of cheap food for urban centers and the enrichment of corporate interests. Land Grant colleges were founded, in part, to support rural communities. Instead, financed heavily by corporate agricultural, they became nurseries for ever more industrialized capital intensive agriculture. What’s more, from the perspective of government it is much easier to keep tabs on (and receive campaign donations from) a relatively few large corporate farms than it is to keep tabs on thousands of independent minded small farmers. 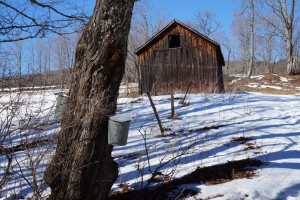 So, rural folk are not without reason when they doubt the assurances of urban leaders.

It is that suspicion that is at the root of the opposition to “gun control.” (What was the alternative suggested: “gun safety”?) Rural folks are very likely to see this as yet another battle in the on-going culture wars that have been waged against them, a war in which they have been the consistent losers. Why, they might ask, if the concern really is about unnecessary deaths – why is there so little attention paid to the misuse of drugs given to farm animals, a practice that not only benefits but essentially makes possible the management methods of largest corporate farming. This misuse leads to many more human deaths each year, due to the loss of the effectiveness of drugs in truly therapeutic use, than homicides or for that matter death by guns in the hands of private citizens for any reason. Could the relative disinterest be because to outlaw such blanket drug usage might cause food prices to rise somewhat? Is it because it would cross the powerful big ag juggernaut, to say nothing of pharmaceutical industry? Or, to take a different tack, if the concern really is about the death of innocents, a simple step would be to strictly enforce a 55mph speed limit. Where, one might ask, is the clamor for that easily implemented reform? So, the question arises: could there be more to the concern about guns than meets the eye? Could it be that this concern is just another expression of contempt for rural culture and the values that it holds dear?

And just what might those values be that the government urban leaders find sufficiently troubling that their destruction is not only justified but required?

There are, in my observation, two primary differences between the values held by urban folks and rural folks. The first is a sense of self-reliance. The difference here is a matter of degree. The desire to be self-reliant is common enough in any community, but it seems relatively stronger in rural communities. The fire departments are volunteer. The emergency ambulance service is staffed by volunteers. The trash pickup is do it yourself. There’s hardly a retail store that doesn’t have a jar collecting money for some local person or family that has had a crisis of one sort or another. 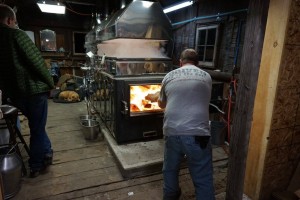 However, the biggest difference between the two cultures, or so it appears to me, is that rural people place a far deeper value on “home” and more explicitly on “place” than do their urban counterparts. Rootedness, place, ranks very high in the value structure of rural communities. It’s not that people never move, they do. But given their druthers, given the opportunity, they will not move far. The farm I buy my milk from has been in the same family for seven generations. The man I buy my lumber from can virtually see the house he was born in from his sawmill. To hear him tell it he has moved half a dozen or more times in his life but always within a few miles of home.

It is this determination to stick to a place that is characteristic of rural values. The result of this dedication to place, is a community rich in relationships. Everybody knows everything about everybody else, or at least think they do, and if they don’t, they should. That intensity of community is, generally, experienced as supportive and reassuring, however, it can also be claustrophobic.

It’s not that urban folks have no sense of community; they do. I’ve lived in three large urban areas: Washington DC, Chicago and New York. These cities, and I suspect most cities, are really collections of neighborhoods. But, apart from a few long standing ethnic neighborhoods these urban villages lack the intensity of rural villages that are thick with relatives and friends and acquaintances of a lifetime. In more than one small town there is a standing joke as to how many generations it takes to be considered a real resident. Many cities, on the other hand, take equal pride in just how quickly they can incorporate the new comer.

And just here is the underlying issue. Rural folks’ resistance to moving far from home creates a big problem for an economy that sees labor as just another element in the cost of production. For an industrialized economy mobility of the workforce is of fundamental importance.

What we have seen in 20th and 21st century America is a replay of the Enclosure Movement in 17th and 18th century England. Industrial interests, including agricultural industrial interests, wanted people off the farm. (There’s a lot more money in selling a tractor than a walking plow.) 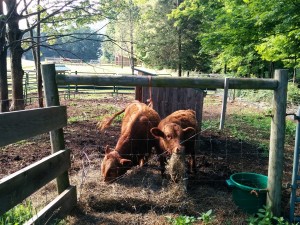 Farming, in particular, and rural communities in general, became not only expendable but an outright obstacle to the kind of urban center development so favored by government. To be sure, there was no fully developed master plan in a back office somewhere. It was and is instead a collection of rules, programs and policies at all levels of government that have had the collective impact of stripping the countryside bare. Take just two priorities as examples: cheap food and the highway system.

The priority for cheap food has been a guiding principle of government food policy for decades. Note that the focus is almost entirely on the food rarely if ever on the food producers. Even the price support systems that have been put in place are founded on the realization that food production is relatively inflexible. (You can’t just crank up production of wheat, for example, by adding another shift. It will take at least a year and cooperative weather to up production from the current year’s crop.) The problem for the local farmer is that those price support structures have been designed to work to the benefit of the biggest producers to the detriment of smaller family sized farms. Why? Because government is interested in keeping the price of food to its urban voters as low as possible. Who really cares about the families, the communities and the culture that family farms support?

Historically the farmer’s share of the food dollar hovered around 40% (up to as high as 53% during the years of WWII). Beginning in the mid 50’s that percentage began to plunge. Currently according to the USDA, the farmer gets a little more 17 cents for every dollar the consumer spends on food. More than 80% of the consumer’s food cost is in handling and packaging. The percentage of family income spent on food has dropped from 17.5% in 1960 to just 9.6% in 2007. 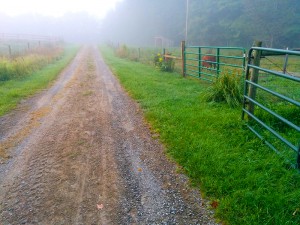 To turn briefly to the interstate road system: obviously, it has had the beneficial effect of making the transportation of farm produce much more efficient than in years past. But just one small caveat: notice the placement of those roads. They often go right down the middle of valleys. They slash across the very best farm land. Why? Because the best farm land is on the flat land of fertile valleys. It’s cheaper to build highways there, on the flat; so what if it plays havoc with the economic underpinnings of a whole community. Building the cheapest highway possible is the priority, so, eminent domain rules. The farmer gets paid for their farm. The assumption is that they can just pick up and move and find another farm. Even if that moving drives them away from their home farm that may have been in their family for generations, and makes useless the knowledge of the particular peculiarities of that land that has been developed over decades if not generations.

Even the best-intentioned suggestions, to rural ears, can sound alien if not malevolent. For example, in a recent column Thomas Friedman argued that “…the best way you help workers is by ensuring that they are flexible — that they have the skills, safety nets, health care and lifelong learning opportunities to make those leaps and that they live in cities open to innovation, entrepreneurship and high-I.Q. risk-takers.” (italics added). In other words, we can’t help you if you live in rural communities. The solution for rural folks’ problems is simple: move.

Is it any wonder that rural folks are doubtful when they hear distant “experts” of any sort, be they academics, leaders of government and or industry saying, “Trust me.”